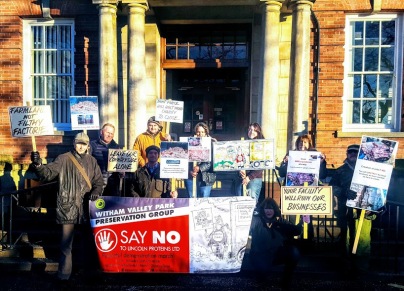 The Witham Valley Park Preservation Group (WVPPG) are local residents and business owners who have come together to express concern around, and campaign against, the proposed Animal Rendering Plant at Villa Farm, Norton Disney. This factory, if built, would affect over 15,000 local villagers.

As a “Waste” application, the Planning Application for the proposed factory requires submission to Lincolnshire County Council (LCC).

About the proposed Animal Rendering Factory 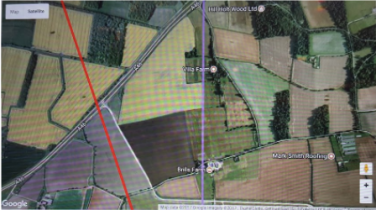 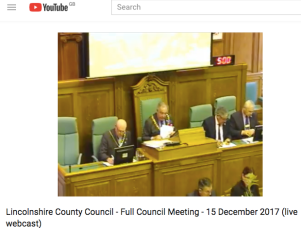 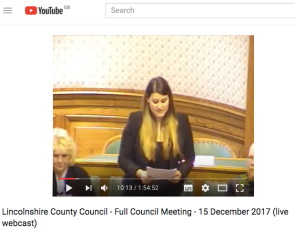 The re-submission is very similar to the original submission and therefore our concerns remain.

You can view a summary of our main concerns on the Lincolnshire County Council YouTube channel, from our presentation at the full Council meeting on 15th December 2017 (skip to 9 mins 40 secs).  Our 2017 online petition, signed by over 3500 people, was also presented to the Chairman of the Council on this date.

In November and December 2017, Lincoln Proteins and their planning & PR consultants  attended a number of meetings (and declined to attend others); an Exhibition at Norton Disney, Parish council meetings at Norton Disney, Collingham and Swinderby, and the North Kesteven District Council Offices (Sleaford) for a Pre-planning Application Meeting.

During these meetings, Lincoln Proteins Ltd acknowledged that:-

About the village of Norton Disney 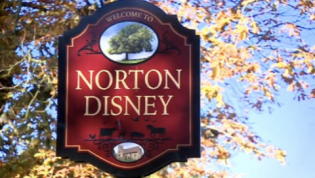 Norton Disney is an idyllic village and civil parish. Based in Lincolnshire, on the western boundary of the North Kesteven district, it sits close to the Nottinghamshire border and is just ten minutes both from the market town of Newark, Notts and the historic city of Lincoln. Norton Disney is the seat of the Disney family, an Anglicised version of the original French surname d’Isigny, of Isigny-sur-Mer in Normandy, from whom film producer Walt Disney’s family might be descended.

Despite its small population (circa 240 residents) Norton Disney packs quite a punch.

It is the home to the British Eventing bi-annual Norton Disney Horse Trials,  the multi award-winning social enterprise Hill Holt Wood (you can read their position statement regarding the proposed factory here) and The Green Man pub. 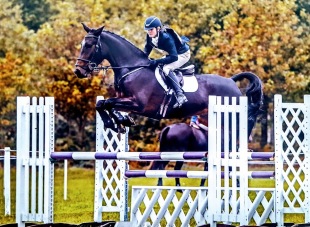 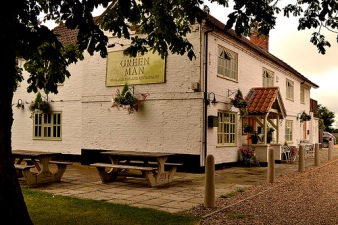 Every summer, thousands of festival-goers flock to the immersive Lost Village Festival, set up by Radio 1 DJs, Jaymo and Andy George.

Villa Farm sits on prime agricultural land, just off the A46, at the Gateway to Lincolnshire. It is in a prominent position on the skyline at the Nottinghamshire / Lincolnshire border.  Its entrance is off Folly Lane, a single-track road. 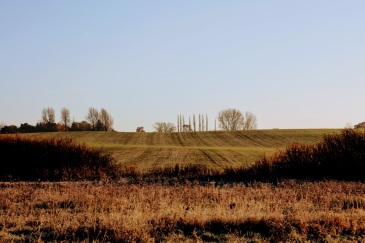 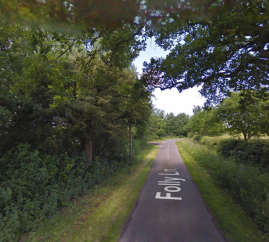 We have created this website to provide information and let you know how to get involved. New members are always welcome and everyone’s opinion is important.  We appreciate the varied demographic of concerned parties and the central team will seek to distribute information across multiple channels, not just social media.

Whilst the group is not in favour of the proposed factory, the information on these webpages is factual and is not designed to be political or inflammatory. It will fairly and accurately represent the concerns of those whose lives and livelihood would be significantly impacted by the development of such a factory. Our campaign is respectful and appreciates the right to respond. We’ll be inviting Lincoln Proteins Ltd to our planned events and meetings. If Lincoln Proteins feel WVPPG have not accurately depicted events or facts (most meetings to date have been audio-recorded and there are written transcripts), we will publish an amendment.  We are grateful to our elected County Council officials for listening to our views and believe that they will make a fair decision. Whilst social media allows for unfiltered opinion, the WVPPG group will not engage with those who post incorrect or offensive material.

The Roman Villa site is given the same protected status as the nationally recognised Stonehenge in Wiltshire. Its importance was identified nearly 100 years ago during archaeological excavations and has since been extended to encompass the whole field up to Folly Lane.