You can read the latest articles and listen to broadcast snippets in our WVPGG Media Deck.

The proposed development has attracted much attention in the media since Lincoln Proteins first made their plans to build a factory in Norton Disney public:- 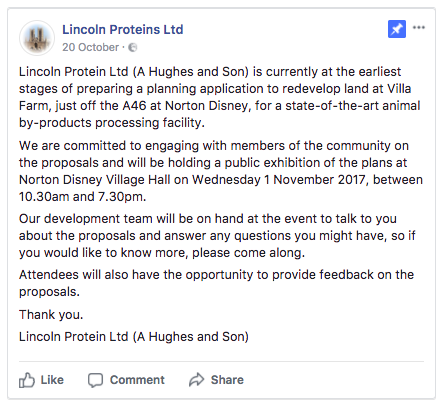 The Roman Villa site is given the same protected status as the nationally recognised Stonehenge in Wiltshire. Its importance was identified nearly 100 years ago during archaeological excavations and has since been extended to encompass the whole field up to Folly Lane.