As many of you will be aware the applicant (Lincoln Proteins) has failed to submit sufficient information for the planning team to be able to make an informed decision on the plan. The deadline is a soft one at present and by that we mean it is moving forwards slowly as they try to obtain and submit the right information for the decision to be made. Once this is done, the planning team will provide a decision date for the hearing which we envisage will be up to 12 weeks from  their announcement.

If you feel that this is not acceptable and would challenge the process then please feel free to contact your MP or LCC to request further information. At this stage we are monitoring the Planning Portal (PL/0036/18) for change and as soon as a decision date is set we will mobilise for action.

The WVPPG are very grateful to all its followers for their continued support and patience. Please do not think we have disappeared.

The official deadline for submission of objections has now passed however you can still submit comments to Lincolnshire County Council’s Planning Department – see Get Involved for more details.

We’ll be keeping our website fully posted with updates on this case…..

The WVPPG Comms team organised two public meetings and letter-writing workshops, with a kick-off presentation on our work to date, to provide guidance on how to object to Lincoln Protein’s Planning Application. 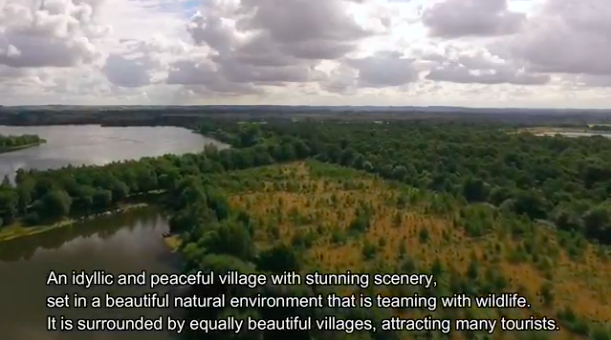 A video produced by Witham Valley Park Preservation Group shows first-hand and direct from the schools, businesses and local people, the impact this animal rendering factory would have if Lincoln Proteins’ Planning Application goes ahead.

On Sunday 27th May, over 220 villagers from the local area met in Norton Disney to form the word “No” for an aerial photograph taken by a drone, to protest against Lincoln Proteins’ proposed Animal Rendering Factory.  Since Lincoln Proteins’ Planning Application was submitted to, and validated by, Lincolnshire County Council, the community have been lodging their objections in their hundreds.

The aerial photo-shoot was organised by the WVPPG for residents from local villages and business owners who continue to have serious concerns about the negative impact of the proposed plant.

An archaeological petition was submitted to Lincolnshire County Counil on Friday 25th May, calling for LCC to protect the Norton Disney Roman Villa Complex. Situated yards from the front door of Villa Farm, the proposed site for Lincoln Proteins’ factory, is a 1st to 4th century Roman Villa. The  Villa has statutory protection as a National Heritage site however Roman Villas were not single buildings but usually a complex of buildings, temples and cemeteries. We believe further buildings lie in part or whole beneath Villa Farm and if the proposed factory goes ahead, it will destroy these archaeological remains forever (read more here). We do not believe Lincoln Proteins Ltd has shown any reverence or archaeological sensitivity to the site and indicated at the Norton Disney Exhibition that they may use Abbey Field to spread waste slurry. This development potentially threatens to destroy important and irreplaceable heritage and Villa Farm, as a Roman Villa site, should be given the full legal protection (as an Scheduled Ancient Monument) as the Villa itself has.

Concurrently, the Leo Group’s Planning Application (PL/0055/18) for a £30m transformation of their site at Jerusalem Farm, Skellingthorpe has also now been validated by Lincolnshire County Council and will be subject to a 16-week consultation process.

From Robert Jenrick’s facebook: Dr Caroline Johnson MP (Sleaford) and I met residents, councillors and campaigners today to pledge our support for their efforts to prevent the animal rendering plant, for which an application is expected imminently. This is the wrong site, blatantly disregarding the democratically produced local plan, spoiling open countryside and the quality of life of local residents. There are two animal rendering plants in our area – at Marnham and Skellingthorpe – representing two of only 17 in the whole country, so we already pull our weight nationally and the developer hasn’t provided any good reasons for this new site.

Our Work to Date

In November 2017, the local community came together over shared concerns for their homes, businesses and livelihoods. Since then we have stood and worked together to make sure our voices are heard. You can see a full summary of our work to date in this deck.

In November 2017, an e-petition was created to represent the immediate reaction of the community to Lincoln Proteins’ announcement. In less than two weeks, more than 3000 signatures had been penned by Lincolnshire and Nottinghamshire residents appalled at the potential impact on local businesses and residents, located from just 500m away from the proposed site.

The Witham Valley PPG outlined their major concerns with the proposed Animal Rendering Factory to a full assembly of County Councillors during their Council Meeting in December 2017. You can watch the five-minute presentation on YouTube (skip to 9 mins 40 secs) or view the document here.

On Saturday 30th December, the WVPPG hosted a peaceful demonstration walk from Villa Farm to Norton Disney village. Attended by over 400 people including families with children on bikes, trikes and ponies, it was a clear attestation to the strength of feeling in the community. Local residents and small business owners continue to have deep-seated concerns and feel they are not being given full or accurate information by Lincoln Proteins Ltd. 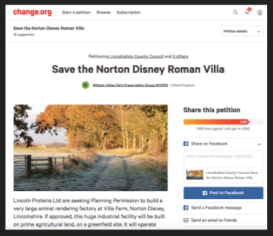 In January 2018, a second e-petition was launched to protect the 1st to 4th century Roman Villa situated yards from the front door of Villa Farm, finds from which are displayed at “The Collection” in Lincoln and Newark’s Civil War  museum. Although the Roman Villa has statutory protection as a National Heritage site, Roman Villas were not single buildings – rather a complex of buildings, temples and cemeteries. It is highly likely that further buildings lie in part or whole beneath Villa Farm (read more at Richard Parker’s blog). If the proposed factory goes ahead, it will destroy these archaeological remains forever.

We do not believe Lincoln Proteins Ltd has shown any reverence or archaeological sensitivity to the site and indicated at the Norton Disney Exhibition that they may use Abbey Field to spread waste slurry. This development potentially threatens to destroy important and irreplaceable heritage and Villa Farm, as a Roman Villa site, should be given the full legal protection (as an Scheduled Ancient Monument) as the Villa itself has. 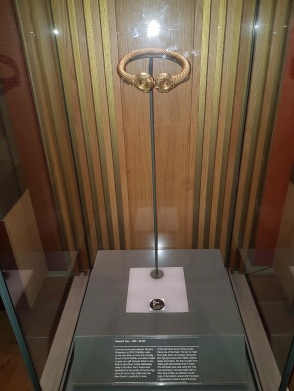 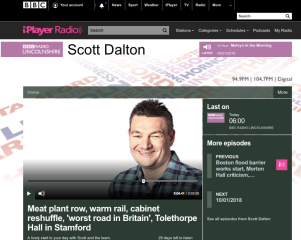 Further to the huge attendance at the Protest March, BBC Radio Lincolnshire invited the WVPPG on to their Breakfast Show to discuss the proposed factory live. Preceded by a feature on the “Smelly Skelly” site, Joe & Oli touched on some of the main concerns of the WVPGG and the 10,000 residents who would be directly impacted if the plant goes ahead.

You will also see our banners and signs displayed outside many residential houses and businesses, as a show of support for our opposition to the Rendering Factory.

This is a text widget, which allows you to add text or HTML to your sidebar. You can use them to display text, links, images, HTML, or a combination of these. Edit them in the Widget section of the Customizer.
%d bloggers like this: